If you've read this far, you know about as much about the Conquests expansion as I do. I've tried to lay out what's in the game as much as possible so that you can decide whether it's something you'd be interested in buying or not. I'd like to say that this is an unbiased effort on my part, but of course it's not. I really do like Conquests, and I would like to see it do well financially; futhermore, I helped create the game and my name is on the product in the credits. I'd like to believe that it is a quality product and that the public will recognize that fact and support it. You might say I have a vested interest in the success of the game; that doesn't mean that BreakAway is paying me money to write this (I wish!) but it could possibly open up some opportunities for me in working with future gaming products. I've tried to be as critical as possible where I thought the game was deserving of it; in the end, you the readers will have to decide whether I was accurate or not.

Whether or not Conquests is worth the money is entirely a subjective judgement on your part, but I'll chime in my two cents worth here (keeping the above paragraph in mind). Conquests adds a LOT of stuff to the standard game, and that's not even mentioning the nine featured scenarios. Chances are that most people who were fans enough of Civ3 to buy the original game will find at least one scenario that really appeals to them, and there's plenty of additional stuff in the Editor to monkey around with even after the packaged scenarios are finished. Think about it this way: if you played each Conquest just one time, and a couple of games of standard Civ3, you'd almost certainly get 30+ hours worth of gaming from the CD. That's a pretty good deal for a $30 game, assuming you already own the standard game of Civ3. If you don't own Civ3 yet and are thinking about getting it, do NOT buy the "Gold Edition" of the game. This includes both standard Civ3 and the Play the World expansion, and you're paying for both. Sounds like a good deal, but Conquests includes everything in the PTW expansion for free! Instead, you should pick up standard Civ3 for cheap in a bargain bin somewhere and then buy Conquests to go with it; for the same price, you get a much more current version of the game. That is, assuming you want to buy Civ3 at all and have any interest in the features I've been describing here.

One thing I can definitively state that Conquests is NOT is another Play the World expansion. For those who weren't around then, PTW was the first Civ3 expansion which delivered practically nothing extra to the game other than 8 new civs (which could have been created just as easily in the Editor) and a very buggy multiplayer game. PTW had lots of features like Regicide, Elimination, Capture the Flag, and Japanese units, but there was essentially no practical uses for these things. Some of the testers for Conquests had also worked on PTW, and they unanimously told me that PTW had been rushed out the door before it was ready for release. I can say with complete confidence that Conquests is the definitive expansion for Civ3 that Play the World should have been. Seen in retrospect, PTW was little more than a despicable grab for money by Firaxis and Atari. Conquests takes all the things that should have been in PTW and fixes them up into a very nice overall package. If you don't believe me, just compare the feature changes I've described here on my site to the feature changes added in PTW. It's not even close.

My final verdict is that while there are some changes I don't like about Conquests, and I think BreakAway may sometimes have gone overboard in their desire to make alterations to game elements which were fine the way they were, the game is a LOT stronger as a whole and better for the changes. If you're just burned out on Civ, don't buy this game because it still remains Civ3 at heart. But there's a good chance that you'll find SOMETHING in all this civ content which kindles your interest in some way, and for that most "Civ Fanatics" will probably find this game worth their while to pick up. As for me, I'm planning on finding some hearty souls interested in taking several of the Conquests for a spin in multiplayer. Look for my name in the credits... 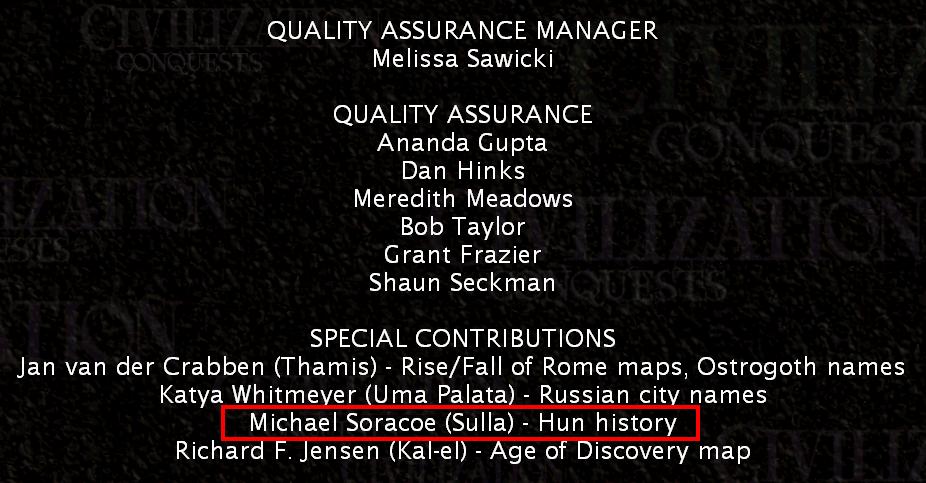